Hot town, summer in the city... 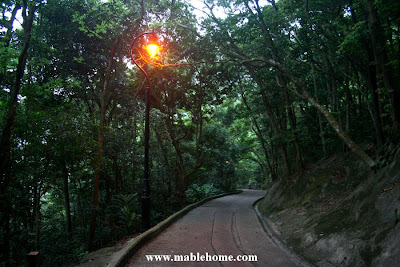 ... Back of my neck gettin' dirty and gritty.

Did I mention it's mid-summer in Hong Kong? It's hot and humid, which makes it perfect movie-going weather. I've been lucky to find the perfect f*** buddy in my old friend Cath. That's "film buddy"! Yesterday we saw the mainland Chinese blockbuster "Aftershock" (directed by Feng Xiaogang), about the impact on one family of the 1976 Tangshan earthquake. The acting was a bit cheesy in some scenes, but it was gripping viewing for over two hours. We both were big sooks. Very cathartic.

Last Friday I went to two sessions at the Hong Kong Book Fair. The first was a talk by Andrew Xia Fukuda (www.andrewxiafukuda.com), a Japanese-Chinese, Hong Kong-raised, New York-based criminal prosecutor. His book "The Crossing" is his debut novel and took him 10 years to write.

Between that session and the evening one I met up with one of my authors, Eva Wong, whose book "The Power of Ren" I worked on about four years ago for John Wiley in Singapore. Eva is pretty amazing. Last autumn, she emerged from a detention centre in Beijing where she had spent two years on charges relating to mismanagement of tax payments by her China coaching company. Her husband is still in another detention centre in China, with two more years to go. Eva spent the time doing life coaching with the other inmates. She is a perfect example of someone who had made the best of a negative experience. She believes that no one can deprive you of your liberty, even if they can imprison your body. We popped up to see Mary J, Eva's friend and former colleague who took me to lunch a couple of years ago. We have a friend in common at Pearson Education in Sydney, where Mary once worked.

Back to the Hong Kong Convention & Exhibition Centre to meet Cath for a two-hour forum with writers Stephen Fry, Frederick Forsyth (whose first novel was “The Day of the Jackal”) and Andrew Roberts, and moderated by Sir David Tang, who is an eccentric art collector, businessman/entrepreneur and loose cannon. It was good fun. (See http://blogs.wsj.com/speakeasy/2010/07/23/hong-kong-book-fair-three-british-writers-on-censorship-and-money/.)

I met two of Cath's book group pals, Brenda and Melinda, over dinner at a restaurant on Fenwick Pier after the forum. Both have lived in Hong Kong for 25 years or so. Brenda is a wine importer and Melinda's a speech therapist; I liked them a lot. I didn't manage to get to Cath's reconvened book group (though I read the book, Hilary Spurling's biography of Pearl Puck in China), but I'm reading the book for Melinda's group that will meet this Thursday in the Helena May's Blue Room, where I've been working some days. ("Olive Kitteridge", by Elizabeth Strout ... I'm loving it.)

On Saturday afternoon it was great to catch up for coffee with Sue S. I've done work for her company and an associated company since the early 1990s. We had a fun chat.

After that I joined up with members of a hiking group I've walked with before in Hong Kong. Last time we walked way up in the New Territories; this time, because it's mid-summer, we did an evening walk up to The Peak from Central. Because it's Hong Kong, and we could, we started the walk by taking the Mid-Levels escalator up through SOHO and the area above it, around the mosque, to where we could access the old route that becomes Old Peak Road (shown above). It's very steep and a terrific workout. I'm going back there again this week to help prepare for my walking holiday in Italy, which is coming up at the end of next week. In the early days of Hong Kong, people living on The Peak (i.e. the British colonial administrators, business taipans and other moneyed folk) were ferried up and down in sedan chairs carried by "coolies".

When the path back down got very slippery, Jenny E (who I know through Women in Publishing) and I peeled off and took a cab to Hong Kong Park, where the others arrived soon after for a Thai dinner. I had met Angela S on my previous walk with this group. She's a life coach and knows Eva. Lots of interesting people among the group.

I'm now finishing up breakfast at the Foreign Correspondents' Club. Polly and I are having lunch today with our old friend Millie S, at the Hong Kong Jockey Club at Happy Valley Racecourse. Millie has been the accountant for Women in Publishing since we became a society in the early 1990s. We're looking into the tax implications of my no longer being a resident of Australia. Plus it's always good to see Millie!

Earlier this morning I ran up on Bowen Road. For a while I tucked in just behind the left shoulder of a Filipino woman who was probably a bit younger than I am and running at a good pace for me. The only sound was our well-matched footsteps. When we reached the Stubbs Road end of the path, I thanked her for letting me hang off her back and we spoke for a little while.

She said that running, for her, is "free medicine" and "God's grace".

What could I say, but "Amen!"
Posted by Robyn from Oz