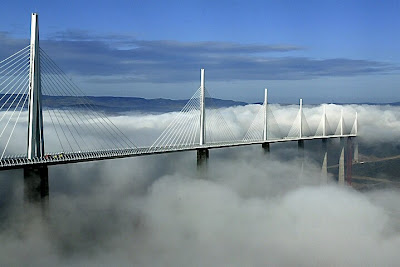 Rewarded myself for a long day's work with another visit to the IFC cinema in the West Village, this time with Maria to see "How Much Does Your Building Weigh, Mr. Foster?" Very uplifting. Min in Kuching MUST see this! Foster designed the HSBC headquarters in Hong Kong, the Hong Kong and Beijing airports, Swiss Re headquarters in London, and the revamped Reichstag in Berlin (which I regret I didn't visit), among many other stunning buildings... The film made me want to look up and be more aware as I'm walking around the streets. This viaduct, near Millau in southern France, looked amazing in the film, which was beautifully photographed. Foster, a cancer survivor, flies small planes, gliders and helicopters, competes in ski marathons, and is a cyclist. Artist Anish Kapoor was among those interviewed, which reminded me of the amazing exhibition of his work which Uma and I saw in Mumbai, where red paint was shot out of a cannon at a wall-high canvas. Fabulous. I felt excited all through the film. There was so much in it that was beautiful.
Posted by Robyn from Oz No comments: 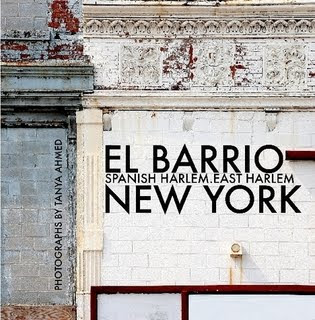 I've been super-busy since I arrived back in New York mid-month. Straight back into proper running training with the 5.30 am crew: Maria, Sung, Sarah, Lissy, John, Heather, Joe, Sun... I'm staying up on E 118th Street and 1st Avenue, in Spanish Harlem, so it takes a little longer to get to our meeting place at Engineers' Gate on 5th Avenue and 90th Street. This area is rather depressed, though I haven't felt unsafe. There are lots of Mexican restaurants, and no Starbucks. We're very near the East River. I miss my usual "barrio" around W 96/97th Street, between Central Park West and Broadway, and have even taken Jack the Mac over to Whole Foods on Columbus to work there for a few hours. My first Saturday back, after just four morning runs, was the Manhattan half marathon. Overnight snow saw the event downscaled to a non-scored race, but it was still worth a credit towards gaining guaranteed entry to next year's New York City marathon. I met Maria at the Metropolitan Museum in the dark before the race, and it was quite beautiful with about two to three inches of snow on the ground. But as the conditions worsened during the race, so did my effort. I just didn't have the base to run a difficult half in those conditions and took the option of pulling out at seven miles when it was announced it was only going to get worse. Maria completed the race, as did Joe, I heard later. Heather did what I did. Pint-size Marie was out there for fun (!) and ran the second loop with Maria. This coming weekend we have a four-mile race, the Gridiron Classic, again in Central Park. I think it has something to do with the Superbowl Finals. Drinks for Lissy's 40th birthday on Friday night at a wine bar on Second Avenue. It's odd to see everyone in proper clothes. Great to see Joanne, who came down from Westchester County for the night. It was also Maria's and Marie's birthdays in the past fortnight. The team I run for, the Hudson Dusters, had an "end-of-year" party a couple of weeks ago over on the west side, where I caught up with Tim, Lauren and Bill (who tied the knot at City Hall a day or so later), Jeremy and Lilit... I won the prize for top age percentage score in a race, for a four-mile event I ran in October. The other night I visited Fran and Renee at the apartment where I usually stay on Central Park West. I also met Mishka, their very well-travelled cat. I had met Fran only once before, in April 2010, when I was in New York for just a week to catch up with Kathy W and stayed at the Chelsea Hotel. Their home is my home here, though, and I stayed in their apartment in Lausanne for a month early last year, so we have quite a long history now. I'll be having dinner with them – fondue! – on Saturday. Films, films, films. There are so many films and documentaries I want to see, but I have very little free time because of my huge workload at the moment. I've managed to see "Domain" (French/Austrian) and "Declaration of War" (French) with a new friend, writer Lisa, and "The Iron Lady" with my very old friend CY. Meryl Streep is amazing as Margaret Thatcher! Today Maria and I are seeing "How Much Does Your Building Weigh, Mr Foster?" (about the architect Norman Foster). I could easily just sink into a film binge...! Other pals I've caught up with are John and Jaymeson, and architect Kate. My alarm is set for 4 am most days, trying to get the biggest bang for the 24 bucks each day provides.
Posted by Robyn from Oz No comments: 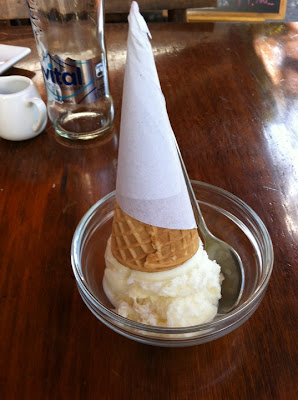 I think I may have missed having a gelato on only two days in the past seven or so weeks. I'm not one to do things by halves...

I still cannot get online access to my HSBC Hong Kong account despite having a case manager who is exceedingly available and helpful (much appreciated). It could all come together tomorrow, which would be rather interesting symmetry as it's the day I leave Chile to return to New York and I lost access to the account on the day I arrived in mid-November.

I'm now in Providencia, which is a much easier part of town to live in when I'm very busy with work, as the things I need are at my doorstep. They include a fabulous salad place, where I've been getting my lunch and sometimes also an extra takeaway for dinner each day since I arrived last Sunday.

My social life has been severely curtailed by work this week, but I've caught up briefly with John and Ingrid.

I don't know if Chile will figure again for me as a short-term base. I would like to have seen some of the country (other than just two cities) and done some walks, but that wasn't possible this time. I would definitely need to learn some Spanish if I come back! I'm hoping some friends I've made will stick.

We had a 5.2 magnitude earth tremor earlier in the week. I felt it shake my building.

I'm trying to get some jobs tidied away before I leave tomorrow night.

Minding my own business beside the Mapocho 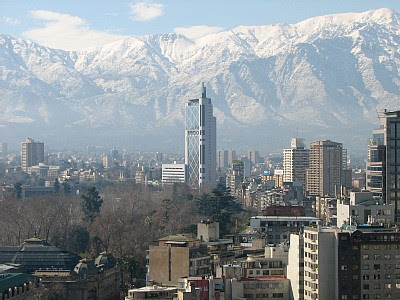 I've been very busy with work again the past couple of weeks. I'm grateful for the opportunity to knuckle down and focus on something other than the frustrations I've been experiencing with HSBC in Hong Kong, who have taken six weeks to take my situation on board and appoint a case manager to help me solve it. Polly has been wonderful: I would love to have seen her in action. Finally, I have a replacement ATM card (the correct one, this time!); well, it's safe in HK with Polly. I'm still working on getting the replacement security device activated.

I finished off the film festival by seeing "Kinkdom Come" (about Dave Davies) with Ingrid; the Martin Scorcese documentary about George Harrison, "Living in a Material World", and "The Sacred Triangle" (about David Bowie, Iggy Pop and Lou Reed).

I've had dinner a couple of times with Selma and Murray, New Yorkers I met in the Lastarria barrio one afternoon. I enjoy their company here and hope to catch up with them back in New York. I also had coffee with Carlos, whom I'd met in Valparaiso at my hotel.

I've been running mainly in the old part of town around Plaza de Armas and the nearby pedestrian streets in the morning, though on Boxing Day morning I had an hour's run out past El Golf with Max, another transplanted Chilean who returned to Santiago after living in North Dakota for many years. He's from "Fargo" country and was around when the film (one of my favourites) was being made.

I'm back in the first apartment on the river, after moving to another apartment in the next-door building for the week before Christmas. Back here on Xmas morning before lunch at new friend Nat's with Ingrid and a couple of other expat waifs and strays. Next week I move for the last time, to Providencia.

Dinner with Ingrid this week, and met her gorgeous dog Lily. Then a birthday dinner for Veronica with Nat, Daniel, Ron and Ingrid. Leo made dinner last week.

I've hardly done anything "touristy" in Santiago: I regret I haven't seen more, but I've had other things on my mind, and not much disposable cash. I'm very grateful to have met some sympatico people. I'll really miss them.
Posted by Robyn from Oz 2 comments: