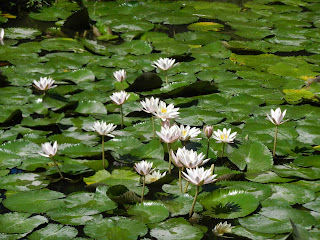 The past nearly three weeks back in Ubud have been about spending time with the man who came into my life in early February. And the more I know him, the more I want to know. He’s deeply comfortable in his own skin, very affectionate and attentive, mature and wise, as steady as a rock. He is patient and kind, spunky, very manly and very funny. His voice makes me swoon.

Some highlights: I spent two days at his house overlooking the rice fields for Nyepi (Balinese New Year) and Silent Day. One night he quietly sang me an ancient mantra, his arms wrapped around me in the dark. He encouraged me to sing and to dance. Naked. 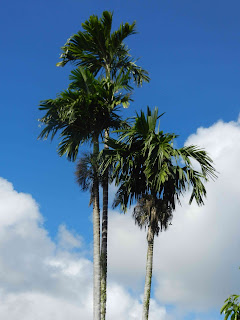 Early one morning, he rode alongside me on his motorbike as I ran for an hour and a half on the outskirts of Ubud. He smoked a cigar and sang “Eye of the Tiger” to amuse and inspire me. 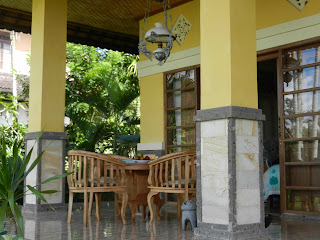 We’ve eaten together most nights (sometimes he cooks). He’s a better Scrabble player than I am. He helped me with a tedious task and enjoyed doing it. He is younger than I am, and feels just right.

We are flying to Kuala Lumpur this afternoon for three days together before I return to Florence.

The gods in Bali have definitely been smiling on me.
Posted by Robyn from Oz too No comments: 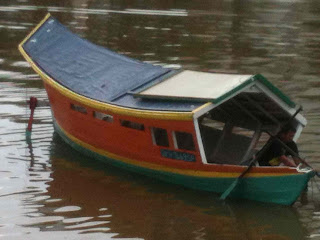 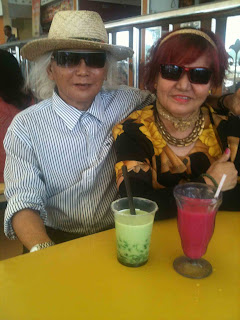 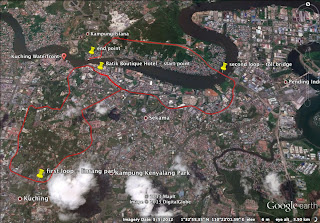 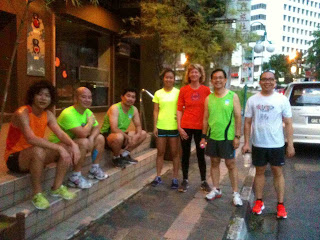 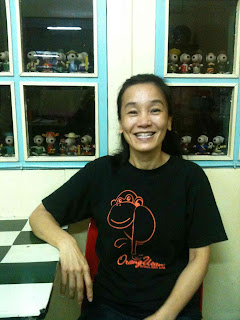 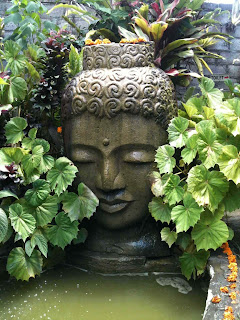 At the end of January I walked with a guide and a Canadian couple for two hours in the dark to the crater rim of Mt Batur, an active volcano in central Bali, to watch the sun rise. It sort of set the tone for February, which has been a really special time in so many ways. I'm feeling so grateful for my life and the people in it. 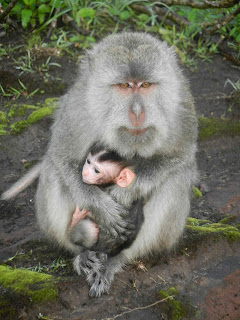 Bali hasn’t been an easy place to run for any distance, but with Gede’s help I’ve had some spectacular runs. Twice we drove for an hour before dawn across to the coast so that I could run around the resort/golf course at Tanah Lot, where there is a temple complex on a small island that is accessible only at low tide. It’s not often one sees guys carrying surfboards across a golf course and outlined against a pink dawn. The second time I ran here I asked the pool guy at the resort if I could throw my sweaty self in the pool. There was a waterfall curtain at one end, which I stood under. A very refreshing end to a run. Both times Gede and I had breakfast afterwards at a small family-run warung. 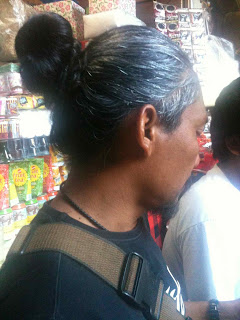 Another morning we went to the Tirta Mpul temple, where I ran circuits around the "moat" and practised my race finishes along this straight stretch. 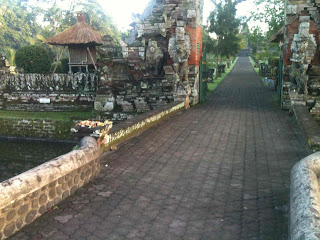 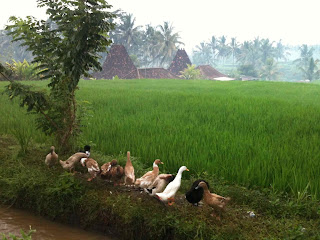 Nice weather for ducks — on a run just outside Ubud

I ran one time along country roads and through tiny villages where it seemed that everyone I met waved and smiled at me. Gede drove shotgun just ahead. Last week I wanted to do a 20K run (my longest since December). For nearly half the distance I ran in the beam of the headlights, with Gede following close behind me. After it grew light we ran into a bunch of school kids running a race through a small town, and it was fun to cheer them on. An old woman gave me a big smile and two thumbs-up. We finished at the main market in Ubud, where I’ve spent many mornings in the past month drinking Bali coffee and eating pisang goreng (hot banana fritters) and watching the morning traders and customers.

My fallback run of 12 or more repeats of Dewi Sita has become a favourite easy one. I’ve continued to meet local characters there…

I've been hanging out a bit with Monique, whom I met in a café. She is a retired school principal from Paris and has travelled a lot in Asia. I’m planning to catch up with her in France in a few months.

Another new friend is Joe, a firefighter/ocean sailor from Babylon/Fire Island in New York. I’m looking forward to catching up with him in NYC in the summer.

Early in February I met Patrick, who is from California/Hawaii and is now based in Ubud. We hit it off immediately and have spent a lot of time together playing Scrabble in cafes, tootling around on his motorbike, and having dinner. He is very laidback and fun, and I like him very much. 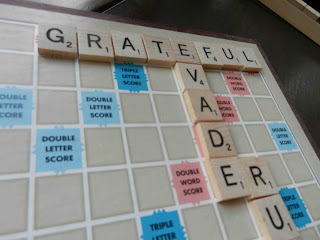 Local writer Cat (author of Bali Daze) is always on my list of people to see. She has a generous spirit, and I trust her instincts about people. She put me on to a spiritual psychic, Novi, who gave me an amazing reading. It was like she had the script of my life in front of her. Lots to think about there…

In amongst all the fun and games was a steady amount of work and a regular dose of spa treatments of one kind or another. All very self-indulgent and lovely.

I was incredibly lucky with my choice of accommodation: the people at Cinta Inn just took me into their family. Really lovely people — Ary, Ardhani, Putu, Novi, Oka, Ketut, Yanti (who had her baby mid-month), Sekar, Benny, and more… Putu gave me a beautiful Buddha statue he had carved.

A conversation overhead at Cinta one morning resulted in a new friendship with Kasey and Rico, whose villa I visited twice and which I’ll be renting for two months next year. I also met artist Michele, from Austin, Texas, and jeweller Nita from Santa Fe, New Mexico. I find I have quite a lot in common with many of the people I’ve met in Ubud.

I’ll be back in Bali after a nine-day flying visit to Kuching to see “family” and friends there and catch up on work.
Posted by Robyn from Oz 1 comment: