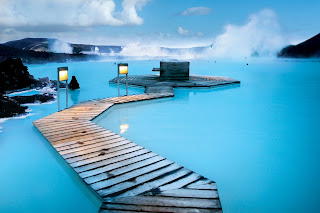 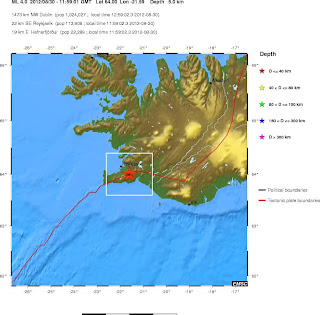 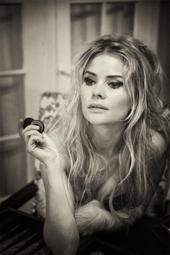 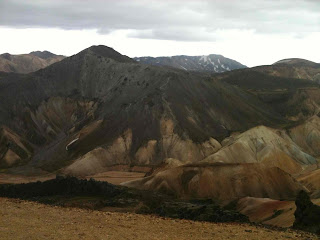 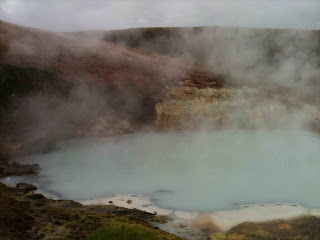 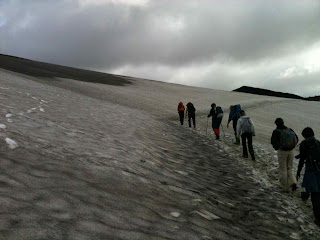 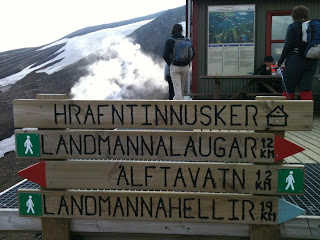 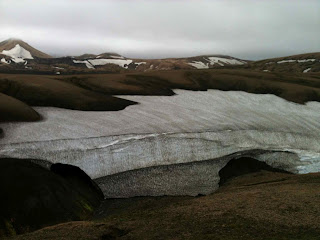 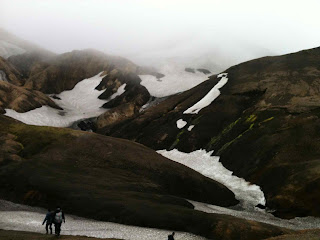 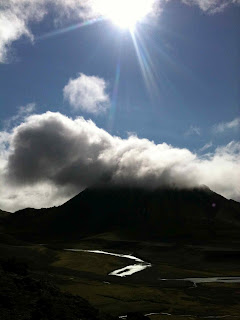 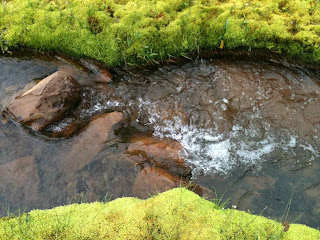 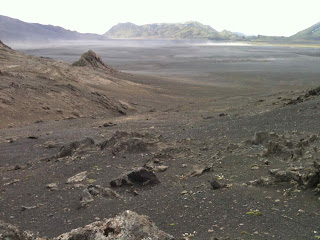 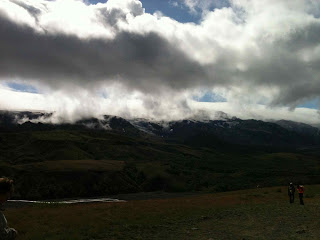 What a great little city Reykjavik is, especially in late summer with moderate temperatures and cloudless blue skies. The living is easy, if expensive. The nightlife is wasted on me, having given up getting wasted, but I've been making the most of the long days. The city is pretty, with a working harbour against a background of stark mountains (no snow at this time; it must be stunning in winter) and a little lake in the centre of town. There's lots of parkland, and miles of running and cycle paths. I love the funky-coloured corrugated iron facades of many of the older timber buildings. I've been working all week, so most of the local attractions are still on my "to do" list, but I've done lots of exploring on foot in the evening and know my way around the town. There are also many excursions out of town and to other parts of the country that I won't have time for this visit, which definitely feels like a first one. 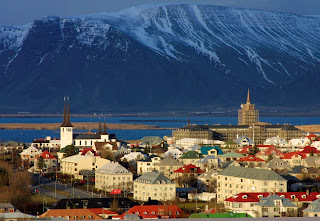 The main thing I've accomplished is to make contact with a regular running group that meets on three weekday evenings and on weekend mornings for quality training runs from Vestubaer swim centre, one of the geothermal pools in town. I've had three runs with them (c. 8 km, 10 km and 22 km). Maggy, a transplant from Namibia, has become my number one running buddy, mostly because she kindly held back on two runs to run with me! Yesterday she and I ran a half marathon at a fairly fast clip for me, which we followed with a dip in the hot pot (thermally heated pod) back at the pool. She is good, fun company. As always, running is a great way to get the lie of the land, parks, seashore, harbour, hills and city streets.

I got talking early in the week with a guy from New York who spends a lot of time in my Upper West Side neighbourhood. He and his wife both work in film and TV. There are a couple of movies in production here at the moment. He put me on to Cafe Babalu, run by another American, Glenn. I've had lunch there a few times.

Tomorrow I'm heading off on a week-long organised trek through some stunning glacial and volcanic areas.

I flew to Iceland overnight last Sunday after two weeks spent back in New York following my quick trip to St Kitts to visit Renee. Straight back into early-morning runs with Maria and the 5.30 crew. Ran the 4-mile Central Park Conservancy race. Saw documentary films with Sarah ("The Queen of Versailles") and Sung ("Planet of Snail"), and the Mira Sorvino film "Union Square". Caught up with Lisa, who was down from Woodstock for a night; for meals with new friends Gary, Anne, Diane, Caroline and Gene; and for dinners with Dead Runners Susan and Adrian, Mike, Michael and Mary at Fusha, and with Maria and Barry at Recipe. Morning regulars Maria, Susan, Marie and Lissy shared some of my farewell 14-mile trail run in Central Park last weekend, which we followed up with breakfast at Alice's Tea Cup on the Upper East Side (also with Sun). Also, just before I left I saw the Sydney Theatre Company production of "Uncle Vanya", with Cate Blanchett, Hugo Weaving, Richard Roxburgh, John Bell, Jackie Weaver ... It was a very Australian interpretation of this Russian classic.