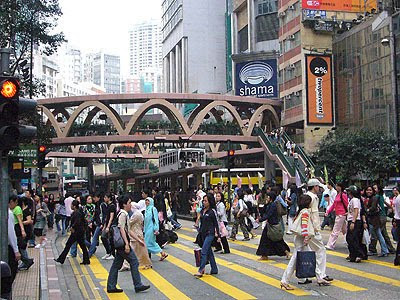 Since I arrived back in Hong Kong last Wednesday night I've had my head down and my tail up. I'm seriously in work mode. I spent five days out at Pokfulam, staying at the home of my buddy of nearly 40 years(!), Cathy, who is away in the States. I've never stayed out of town before… It's VERY different. I enjoyed having the company of Juni the cat and Blackie the very big dachshund. I'm now staying back in the thick of things, in a hotel in Causeway Bay. This return visit marks my first full circuit of the world on my open-ended journey.
Posted by Robyn from Oz No comments: 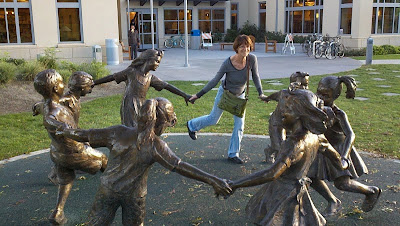 On my way back to the future (crossing the International Date Line), I stopped off in Santa Clara, California to spend a few days with runner friends Kathy and Karl and their daughter Kayleigh. Santa Clara is in Silicon Valley, the home of Google, Intel, and many other high-tech firms. Did a good hike on Sunday morning with Kathy and her friend Miriam (whom I met in NYC in April for the More Women's Half Marathon), and Kathy and I ran around their neighbourhood on Monday morning. We visited the Santa Clara Library, where Kathy is a trustee, ate out at a couple of fun places, and had coffee with a friend of Karl's after our hike. I got a good amount of work done, which is now a priority and will remain one over the next few months.

In Hong Kong I'm staying until Monday at my long-time pal Cathy's apartment while she is in New York State. I'm enjoying having the company of Juni the jovial cat and Blackie the dog. (I'm not sure what breed he is.)

I'm finding some amazing coincidences between my travels and places that are being mentioned in my work.
Posted by Robyn from Oz No comments: 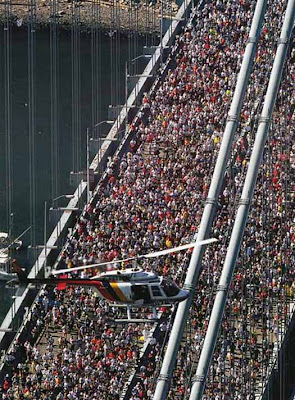 A very quick update: I had a brilliant New York Marathon! A wonderful experience on a beautiful day. I had a personal best time of 4:27:22 (or was it 19 seconds?) and my last few kilometres were faster than my very evenly paced first 40K. I don't know how I got so lucky as to have fun (my goal) AND get a PB! There were 45,350 runners, about 580 of whom were women in my age group. I beat around 420 of them. I felt strong the whole way. The legendary New York crowds were fantastic. I just focused on them the whole way. Had a quick celebration that evening at a pub on Columbus Avenue with my Hudson Dusters teammates.

I've had a very busy work week since then. Tomorrow I'm flying to San Francisco to visit with friends for a few days before heading back to Asia. 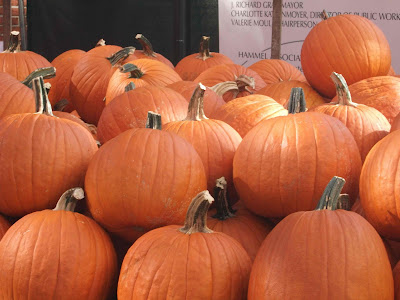 The New York City marathon is next Sunday, and I leave New York the following Saturday. I've been back for eight weeks already!

I've had a few quality training runs, but I'm nowhere near fit enough to do anything more than take it easy and have fun on the day. Two days after I ran an early-morning circuit of Central Park with my 2009 Vermont relay friend Tavia, she was in a car accident in Pennsylvania. Miraculously, she escaped without a scratch, though her car had been airborne and rolled, and she'd had to crawl out of a window. Amazing!

On Saturday I ran the last 9.8 miles of the actual marathon course with Dusters Rich, Lauren, Steve and Leslie, and Hasher Eric. I enjoyed it a lot. A lot of other people had the same idea. Went back to Rich's on W 70th Street for coffee and bagels.

I've seen two fabulous films, "Punching the Clown" and "A Small Act", as well as the mainstream shoot-em-up "Red".

Last Sunday I walked from Wall Street up to and all over the Lower East Side. I've also spent quite a bit of time down around 14th Street and Greenwich Village lately, though not last night when two million people turned out for the Halloween Parade. The real nightmare would have been getting home again on the subway.

Tonight I'm running in Central Park with Dusters friend Katie (who works with primates in a neuroscience lab) and her friend Sari.
Posted by Robyn from Oz No comments: