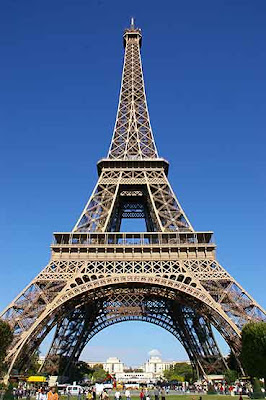 March has been an INTENSE month. My work schedule has been very demanding, but I'm also in a beautiful part of the world and I want to see as much as I can while I'm here.

A week ago tomorrow, my friend Jacques and I saw an exhibition in Lausanne of black-and-white photographs by Hans Steiner, one of Switzerland's most prominent photographers from the 1930s through to the 1960s. It was really interesting to hear Jacques talk about some of the subjects covered in the works. I bought a print (one of ten printed from the original negative) to add to my collection of works bought during my travels.

Jacques then took me to lunch at a lovely place on the slopes above the vineyards in the area that's known as the "Swiss Riviera". We sat on the terrace that looks out over the lake and ate locally caught perch. In Montreux I checked into my hotel (the Fairmont Montreux Palace) before Jacques dropped me at the railway station.

I took the two-carriage train that goes up the steep slopes behind Montreux, past finishing schools and private clinics, to the ski slopes at Rochers de Naye. Very dramatic. It wasn’t perfectly clear weather, but it was the best I was going to get.

Back at lakeside I went to see the statue of Freddie Mercury, which wasn’t on public display when my niece Chloe and I were in Montreux almost exactly ten years ago.

I spent the evening at the movies seeing the Coen Bros film “True Grit”.

At dawn I had a run in light drizzle to Chateau de Chillon, a medieval castle on the edge of the lake. The pathway is beautifully landscaped and there are occasional outdoor artworks. I'll be back here towards the end of the month.

From Montreux I took the train back to Lausanne for one night before heading to Paris last Sunday.

I’m staying in the St-Germain area of the Latin Quarter, on the Left Bank of the Seine, at Relais Hotel de Vieux Paris. In an earlier incarnation the hotel was the “Beat Hotel”, home to William Burroughs, Alan Ginsberg and other Beat poets and bohemians.

The streets are very busy, though it’s still off-season. Remy, who runs the hotel, calls the people who hang out in the neighbourhood “BoBos”: bohemian bourgeoisie.

The day I arrived I had time to see a couple of exhibitions (including Mondrian) and some of the permanent displays at The Pompidou Centre, but I’ve had little free time since then. Each morning I’ve been for a 90-minute exploratory run, which I’ve really enjoyed. The first morning I ran to the Eiffel Tower along the Seine and back to Notre Dame Cathedral. I popped in for a quick sit-down and to check out morning mass. Yesterday I ran via Pont Neuf and the Louvre to the Arc de Triomphe and back via the Champs Elysees and Place de la Concorde. And today I went via the Bastille to an elevated planted promenade that’s a similar concept to the High Line in New York, but longer.

The weather has been beautiful here. I’ve made headway with work. And I’ve had three runs and used them to have my own experience of Paris, even if I couldn’t do most of what I had hoped. The woman in the patisserie around the corner now expects me to call in at about eight o'clock in the morning for a pain de raisin after my run. I like that.
Posted by Robyn from Oz