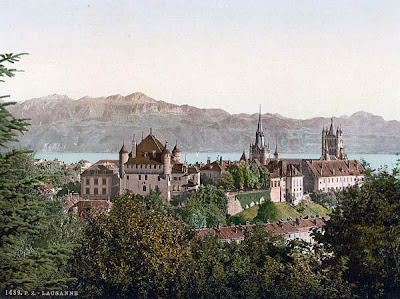 If anyone actually reads this blog, I feel I should apologise for the lack of frequent updates. I had hoped to update it every few days, but pressure of work has made it difficult to see and do as much as I might have if my time had been freer, and so there hasn't been much to recount. But it just goes to show that I'm not on a perpetual holiday. I do have some time blocked out for a break in May; the rest of the time it's what I'm calling "business as unusual", where I take my breaks where and when I can find them, just like everyone else.

Having said that, I did spend a couple of days in Lampang, a town two hours by rail south of Chiang Mai, last weekend. I ran a half marathon on the Sunday morning and placed second in the Female 50+ category. It was a fundraiser for the Lampang Pony Welfare Foundation, which was started by a Danish woman, Nana, whom I spent some time chatting with on the Saturday when I registered and again before and after the race.

There was a small field for the half; maybe 70 or so runners. We started at 5.30, in the dark. By 6.30 it was starting to become light, with people and monks heading for temples, and temple music playing. Lots of people spoke to me, or gave me a thumbs-up, or put their hands together and slightly bowed their head, as in the traditional Thai greeting. It was lovely.

I received a trophy at the awards ceremony, which I presented to Dom back in Chiang Mai at breakfast on Monday morning in thanks for his training company. I took him and Mike, and Peter and Jiab, to dinner on Sunday night after I returned to Chiang Mai. I felt quite sad saying goodbye to them.

Flew to Bangkok on Monday, where I mostly worked in my hotel room until it was time to head to the airport on Tuesday afternoon. I took time out for dinner at the Shangri-La Hotel, on the Chao Praya River, where I had stayed with my niece Jaye 20 years ago.

Flew via Doha to Geneva overnight on Tuesday, and then took the train to Lausanne. I was last in this neck of the woods in 2007, when I walked the Mont Blanc Circuit with my friend Wisty and a bunch of people on an Exodus trip. Before that, I was here with my niece Chloe in 2001, when we made a side trip to Lausanne and Montreux (and London) from our base in the Marais district in Paris. It would be fun to go to Paris for a couple of days while I'm here, but work pressure may knock that idea on the head. Hopefully, I'll be able to do a few things closer to home. I'm staying in the apartment owned by the people I rent the apartment in New York from. Their friend Liliane met me in a bistro at Lausanne Gare yesterday and brought me to the apartment. People are so nice :-)) On a clear day there are views from where I'm sitting across the lake to the Alps and France, but it's been very white/grey since I arrived.
Posted by Robyn from Oz