A run in the English countryside 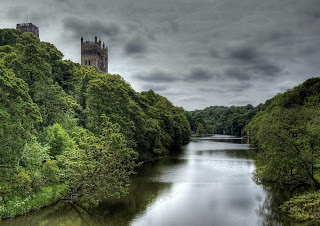 In the early 1980s I spent three months living and working in London. The trip had come about because I had itchy feet where I was working in Sydney. I had already gone walkabout a couple of times from the publishing company that had employed me straight out of university, and which had taken me on again each time I asked for my job back. I didn’t want to resign again, but I wanted … something more.

Late in the afternoon one Friday I went around to my boss’s office and had a chat with him about my dilemma.

The next week he rocked up at my desk with an offer: three months in London, working at our head office; my salary would be paid in advance, in cash; my airfare would be deducted from my pay packet in insignificant regular amounts in the interim. In return, if I had a chance, I should try and find out something about computerised typesetting while I was there.

In late February 1983, I packed my running shoes and some warm clothes and headed off on my first trip to Europe.

I took up residence in a house in Highbury, in north London, owned by friends of a Sydney workmate. My landlady, Diana, was a teacher. Her teenage daughter, Camilla, lived at home; son Henry, my workmate’s friend, was backpacking around Australia. I was given Henry’s room in the attic.

The publishing company I was working with had its offices in New Fetter Lane, just off Fleet Street, in the heart of the city. I explored the historic centre of London mostly on foot after work was finished for the day, and on weekends. My regular run was from home up to the Arsenal footy ground and back. It wasn’t far, but it helped to clear the cobwebs. I didn’t know anyone who was a runner, and I missed the camaraderie of my Sydney social runs.

Through work and my landlady, I made some friends. One weekend I was invited down to Winchester, a historic cathedral city in Hampshire. It is home to the wonderfully Gothic Winchester Cathedral, one of the largest cathedrals in England. I walked with my new friends and their dogs in the countryside, and drank in ancient pubs whose doorways were so low we had to crouch to enter.

Through that group of people I was invited to spend a weekend in Durham, another famous cathedral city, in the north. And on that visit I met someone who became a close friend and remains so today. Dominic, aged eighteen, was a student at Durham’s university. (I had turned thirty late the previous year.) A group of us was at a country pub playing pool, and Dom offered to give me a lift on his motor scooter back to the college dorm room where I was staying. I talked him into running with me the next morning for an hour through the woods near the River Wear. It was a fabulous run that cemented our friendship. We continued to visit back and forth between Durham and London during the remainder of my stay in England.

Dom is now all grown up, of course. During a visit to Australia last year from his home in Tokyo, we ran together for 15 kilometres along the Yarra River. It had been 25 years since our last run together and we thought it a nice way to celebrate our long friendship. In New York City this past May, we met up for dinner the night before I ran a 5K race on Wall Street. He was thrilled when I later told him I had placed first in my age group.

The hair at his temples may now be greying, but for me Dominic will always remain that cute young student who didn't hesitate to go for a long run in the English countryside with a much older and slightly mad Australian woman.