Everyone I know who has been to Budapest has loved it, so I had high expectations. However, I felt underwhelmed by the place for the first couple of days. Maybe it was the construction work going on everywhere: half the city’s landmark buildings are shrouded in scaffolding and construction netting. Maybe it was my initial difficulty in getting my bearings. Or perhaps it was the apartment I’d booked and paid for ages ago, which was dark and dingy and lacked some of the basic amenities (proper pillow, top sheet, shower curtain…). In any case, it wasn’t until day three, when I walked for about eight hours in gorgeous weather, that I started to warm to the place. Now, three weeks later, I’m besotted. 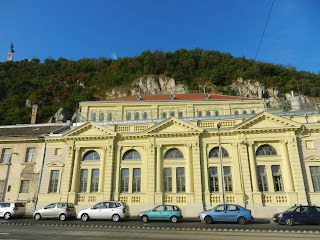 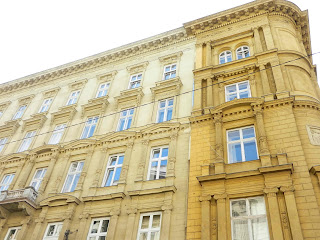 Budapest has all the qualities that I enjoy in a city. It’s easy to walk around.  There are scenic places to run. It’s rich in culture, and has a long, fascinating history. The people are generally nice, even if I can’t understand a word they’re saying. I feel safe. The architecture is appealing/interesting. There is an art cinema where I can see films in English or with English subtitles. I like the food, and the gelato is cheap. There is good public transport. And it’s near other places of interest. 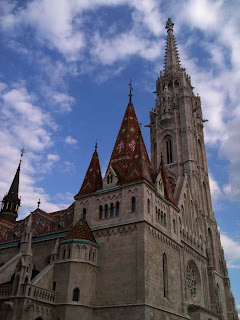 I reckon I’ve walked a couple of hundred miles here, on both sides of the Danube (Buda and Pest), and I love that the pieces of the puzzle are coming together. 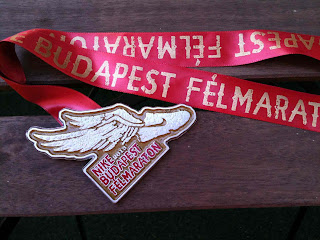 I ran the Budapest half marathon on 8 September and placed sixth out of 17 in my age group. My time was 12 minutes slower than in Dublin last month, but I’d only had a few runs in the lead-up. It was very scenic, following a UNESCO heritage-listed boulevard from City Park into the historical centre and then back and forth along the Danube beneath the Royal Palace buildings and in front of Parliament. It was a very warm day, and there was one fatality: a guy aged 27, possibly from heart, rather than heat, problems.

Margaret Island has a dedicated running track (c. 3 miles) around the waterline. I ran there one morning, but it’s a bit far from where I’ve been staying in the Kalvin Square neighbourhood, so my fallback run is multiple crossings of the Liberty, Elizabeth and Chain bridges. Gorgeous, and I love bridges. 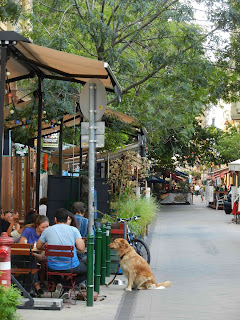 I’m still trying to see all the main attractions. There are lots of museums. I saw a big exhibition of works by the Austrian painter Egon Schiele at the Museum of Fine Arts. At the Gellert Hotel, I took a dip in the thermal pools. Budapest’s famous spa baths are housed in gorgeous buildings. 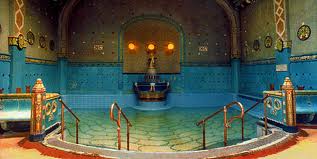 Everywhere I’ve walked there has been amazing architecture. The Art Nouveau style is known here as Secession. Very beautiful. Ironically, many grand old buildings that are in need of restoration are falling into disrepair because they are owned by the government, whose hands are tied if the original papers have been lost. Having said that, there is a lot of work going on around the city to maintain landmark buildings, and there is a sense in the city of prosperity and progress. The public transport infrastructure (trams, metro and buses) is terrific. 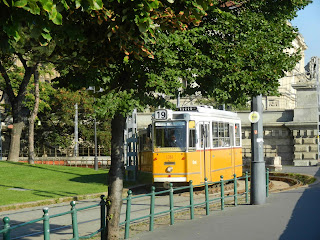 I found an art cinema called Puskin, where I’ve seen a few films (Geoffrey Rush and Donald Sutherland in “Best Offer”; Michael Douglas and Matt Damon in the Liberace biopic “Beyond the Candelabra”; Steve Coogan in “The Look of Love”; and “Regina”, a Hungarian documentary about Germany’s first female rabbi, who was killed at Auschwitz). My new friend Julie introduced me to Urania, another cinema near the Puskin that is housed in a beautiful building. We saw an Italian film there about prisoners in a penitentiary putting on a performance of Shakespeare’s “Julius Caesar”.

It’s been great to meet Jules. I rarely feel lonely, but it’s great to meet someone who is fun and interesting, and whose schedule works with mine for excursions and meetups. Her family background is Hungarian, but she’s from Ohio. She has taken leave of her family for a couple of months, and is studying Hungarian and doing yoga in Budapest. She is a retired university professor of French and Italian and has a real ear for languages. I’m amazed that she can carry on conversations already in Hungarian, which is a very difficult language. After three weeks I know about five words! We have become Budapest best buddies. 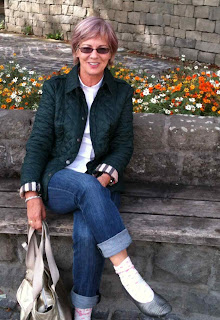 One day we went to Szentendre, the artists village upriver on the Danube, where we checked out the work of some local artists, ate chicken paprika and gelato, and walked around for a few hours. A pretty place, and easily reached by train from Budapest. Last night we went to the Palace of Art to see a contemporary dance performance of “Carmina Burana” by the Szegedi Kortras ballet company. It was a terrific modern venue in which to experience one of my favourite pieces of music.

Jules has done all the free walking tours on offer. I still want to do the Communist tour, to get a better sense of what it was like for Budapest’s citizens to live under Soviet rule, which started at the end of the Second World War and ended only in 1992. The Jewish tour took us into the former Jewish ghetto, where I’ve been staying the last couple of days and where my next apartment (22–30 September) is located. I went back to the Kazinsky Synagogue yesterday to take a look inside, and I want to do a tour of the main synagogue next week. The actor Tony Curtis, who is Hungarian, paid for a memorial sculpture behind the building. During the Second World War, from 1944, the synagogue was occupied by the Nazis and turned into a radio station. Adolf Eichmann, who headed up the extermination of Jews in Europe, lived for a time at the Astoria Hotel, which is just around the corner. It’s right by the little Turkish place where I’m now well known for my addiction to their rice pudding. 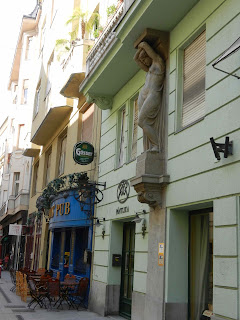 It hasn’t all been sightseeing in Budapest. I’m back at work, so I’ve been fitting in my excursions around whatever is in my in-tray. And I’ve been having some dental work done. I’m such a wuss I’ve asked the dentist to line up an anaesthesiologist for the molar extraction I’m booked in for on Monday. 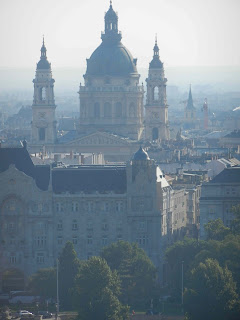 I had a few dramas with my accommodation, but the company I used to book an apartment for a month reimbursed me half the rent when the place just didn’t measure up. I took another place for a couple of nights, then a hotel for two nights. After I return to Budapest on Sunday I’ll move into the place I’ll call home until I leave at the end of the month.

Another fun thing I’ve done this month is start a page on Facebook for fans of the colour orange. I think I really started to love orange when I chose it as the highlight colour for my renovated kitchen back in 2002. In the last few years I’ve started to wear it more, too. Some other friends on FB also enjoy it, and it’s been fun to share images featuring this cheerful, uplifting colour.

I’m writing this update on board a hydrofoil that’s heading up the Danube to Vienna, from where I’ll take the train to Prague for a few days tomorrow.