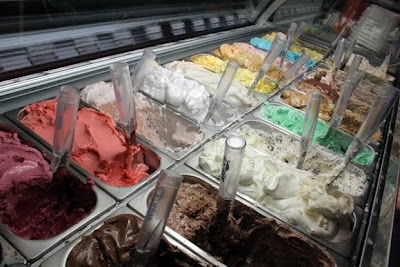 An unexpected treat in Santiago is the profusion of gelato bars. Chileans just love their ice cream! You see people everywhere tucking into a cone or cup, and it's not even summer yet. They also love to display their affection publicly. PDAs everywhere one looks. I guess they can't all get a room...
Posted by Robyn from Oz