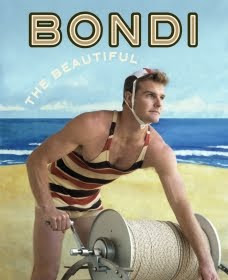 My feet have hardly touched the ground since I left Albury a week ago. On Monday I caught up with Susanna B, whom I met in Hong Kong last November. We had lunch, a great chat, and a terrific hug. Some people just seem like instant friends. That night, Barb and Bill and I had dinner with one of my oldest friends, photographer Bill B and his gorgeous partner Sally. Bill and I met in 1968, when he was an exchange student in Albury from the US. I've known Sal since the 1980s. I see them every few years. It's hard to believe we are talking about celebrating our 60th birthdays when we've known each other since our 16th year.

Tuesday morning I met up with Lorraine R, whom I met in Kuala Lumpur about a year ago when I was on my way to Italy. We were both running in the park beneath the Petronas Towers and got chatting. I had a coffee with Lorraine in Albury last week when she was passing through, and we arranged to run at 6.30 in Melbourne this week. I tripped and went flying just as we started running, and hurt my arm. We ran a circuit of The Tan together and had a good chat, then I ran another one on my own. By the time I got back to the apartment the arm had stiffened up and I realised I'd done some damage to it. Bill took me to The Alfred Hospital where I spent the morning having X-rays. It seems I chipped a bone in the radial head. Not broken, but the doctor said I'd need to keep it in a sling for six weeks. As it's turned out, after being fairly useless for four days, it's already coming good and I don't think I'll be using the sling from now on.

Hong Kong pal and photographer Jennifer B and I had afternoon tea at the Windsor Hotel. We caught up for the first time in years early last year, when I went down to Brighton and we had lunch and walked on the beach with her dog Tilly.

Finished the day with Martyn, who came by the apartment for a drink with B&B and to collect me and my bags. We go back to 1974, so we agreed we should rendezvous in 2014 for our 40th anniversary :-)) He took me to the airport on Wednesday.

I dropped my bags at photo artist Anne Z's guesthouse in Newtown, in Sydney (from where I started my travels in May last year), and went into Darling Harbour to meet up with Joanne B. We've seen a lot of each other in the past few months: Bali in December, and in Albury, Melbourne and Sydney in the past month. She was in Sydney for work for the day. From there I went to Suzie's hotel near Chinatown to have dinner and hear about her reunion last week with her birth mother and half-brothers. We caught up again last night for a quick drink before she caught her flight back to the UK. I'll see her again next August when I'm hoping to do another walk with Joanne and Tony.

On Thursday, Chris M (we've been good pals since 1973, when we were at uni together) had dinner after going along to a small function for Christina Noble. Good to see Kirrily again after meeting her for the first time at the ball in Melbourne last week.

Yesterday Anne Z and I had lunch, and I met gallery owner Nicky Ginsberg, who I've bought two artworks from over the years. Made a quick visit to the Art Gallery of NSW. Farewell drink with Suzie, then went to Potts Point for dinner with Marah B. She and Katie M gave me my first jobs for what is now Pearson Education when I returned to Sydney from Hong Kong at the end of 1993. I still do work for Katie, and I've worked with Marah on various art-related projects over the years. She now heads up the Biennale of Sydney. A good night at the end of a very busy week.

A sunny weekend, perfect for the Sydney City to Surf race tomorrow. My race pack never arrived in Albury, so I'm unable to join Frannie and Karla, who came up from Albury yesterday. But I have a Plan B and I'll see them afterwards.