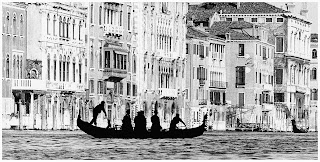 I took another train excursion this week, but this one was planned. Venice is only two hours from Florence, and it’s a different world. I was there in September 2007 during the Biennale and just loved it. This time I stayed right beside the opera house, Teatro la Fenice, in a small hotel on a tiny calle (alleyway) that fronted on to a narrow canal. There were usually gondolas gliding past, sometimes with an accordion-player singing Volare or something else quintessentially Italian, or gondoliers hanging out on the little bridge just outside the hotel touting for business (80 euros for 40 minutes). All very picturesque. 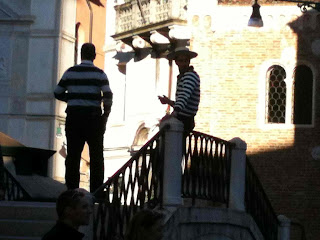 Last year I read John Berendt's The City of Falling Angels, about the fire that destroyed the interior of the opera house in 1996. I didn't know then that I would have a chance so soon to have a look through the restored building. An amazing job! I had a nice salad for lunch in the cafeteria upstairs, and breakfast alongside the theatre in a café where I set up my office the next morning. 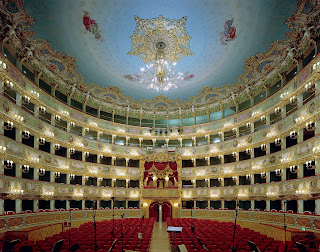 I don’t mind having to work while I’m doing this sort of travelling. It makes it possible, and I can usually find somewhere pleasant to do it. I did whatever else I could manage in the time I had left. I was lucky that the weather was beautiful. Even the water in the Grand Canal sparkled in the sunshine!

I checked out some museums and churches I’d missed visiting in 2007: in the Doge’s Palace I really liked the armoury. I saw the big Manet exhibition that opened this week, which included Olympia and some other familiar works.

Manet's Olympia always makes me think of Genevieve Milham's The Bitch in Bed (a portrait of her dachshund, Zsa Zsa, in this pose), which is in my collection. Why don't I have a photo of it? 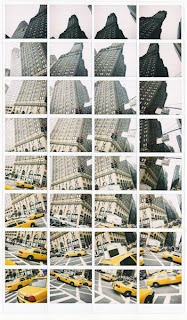 Two photography exhibitions that I really liked were by Maurizio Galimberti, who uses polaroids to create a mosaic-like image; and Gianni Berengo Gardin, whose pictures are mostly in black and white. I also saw a really fun exhibition by Spanish fashion designer Agatha Ruiz de la Prada. 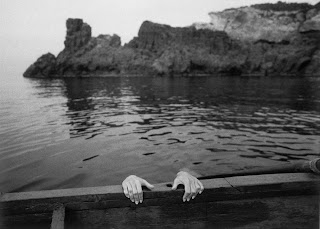 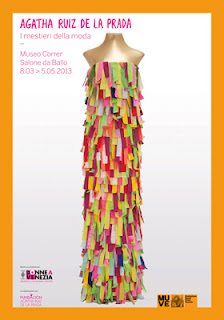 I walked for hours, but hardly began to cover the city. I’d love to go back for a long stay and take the time to explore small areas in depth. It’s like a maze.

My third day was the anniversary of Italy’s liberation during the Second World War and a fiesta for St Mark. I missed all the action in the Piazza San Marco but I scored a free hug from a very good-looking guy near the Bridge of Sighs. The day before, I was inside that bridge looking out at the Ponte della Paglia and the lagoon. It got its name because prisoners being taken to the cells from the interrogation rooms in the Doge’s Palace had to pass through it, giving them one last glimpse of Venice. I’d had a bugger of a time finding my way out of the palace, so I was also sighing rather a lot by the time I passed through that narrow passageway, though in my case I knew I'd soon be free. 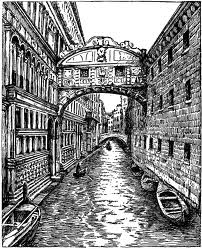