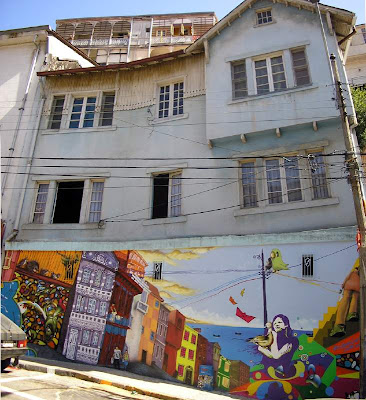 If I still had a camera I would be photographing the urban art, for which Valparaiso is famous. It's a city made for exploring on foot.
Posted by Robyn from Oz